At Toolbox Studio , an animation company, we typically develop animation projects for clients, tailored specifically to their individual requirements and briefs. However, when we aren’t providing animation services to our esteemed and highly satisfied customers, we still develop certain videos as our own in-house productions.

The team recently put together the amusing story of a primitive human called Guster in the form of 2D animation. Here’s 3 minutes of complete madness in the wild!

Read on to know how we went about it and ended up creating the final video.

Guster is a story set in prehistoric times and centers around one portly lead character – a vertically challenged caveman dressed in an animal skin toga with wild, frizzy hair, and oversized crooked teeth.

This is, of course, Guster, and the story begins with him taking a stroll through the forest, whistling nonchalantly as he goes. He spots a mango tree in bloom, and one particular specimen of the succulent summer fruit catches his eye. The entire plot revolves around his humorous attempts to retrieve this fruit from its high perch, with a little twist of fate thrown in at the very end to keep you thoroughly entertained till the very last second.

We won’t tell you what that twist is though; you’ll just have to watch the video and find out for yourself! 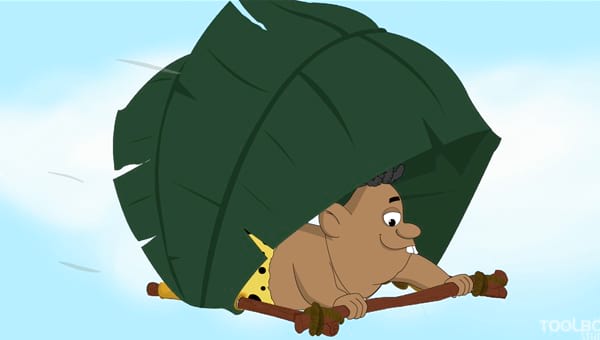 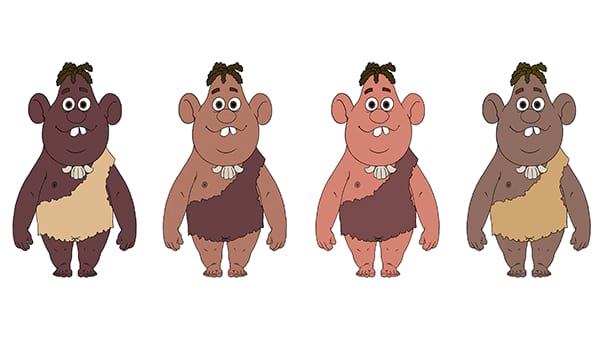 The story of Guster is one that every one of us can draw parallels to. Perseverance, failure, thinking outside the box, and the vagaries of fate are all subjects we grapple with on a daily basis.

The project demanded the various departments of Toolbox to collaborate and showcase the calibre of our in-house animation and video production capabilities. And we’ve tried our best to touch upon all of this in our latest animated short.

Before we go any further, here is a little teaser trailer of the film, just to give you some context.

Now that you have had a taste of what Guster is about, let us provide you with a little insight into how the video was developed.

The most important facet of the audio-visual medium is that no matter what the genre, format and style of video, it always needs to tell a story. Therefore, you have to begin any project with a strong script. The script is the first and one of the most crucial steps in this whole process. No matter how much, glitz, glamour and shiny special effects that you throw into the mix, it will all come to naught if your animation isn’t built on the steady foundation of a solid script.

Here is an extract from the very beginning of the first draft of the Guster script, just to give you an idea of how we write scripts, and how many tweaks and changes are incorporated to the original idea during production –

“The story begins with a village scene. In the middle of the screen, we see a huge and flourished mango tree. The camera cuts to a funny looking, tribal character walking around the tree. Suddenly, one of the big, ripe mangoes attract his attention. We cut to a shot where he’s looking at the mango with utmost curiosity. Happiness and hunger are the emotions we see on his face. Cut to his eye pupils in which we see the mangos.”

The crucial second step after the creation of a solid script is the storyboard. A storyboard is the first visual representation of the script, and as such acts as a blueprint for any video-based production. A sketch of every scene is made, almost like panels of a comic book, with accompanying dialogue or voice overs written down next to them. The image below represents a snapshot of the storyboard we created for Guster.

An Outliner is a rough representation of what the final video could look like. This is the step where Guster first came to life.

Once the Outliner was in place, it provided us with the right context for what we could do to tweak the storyline, video length, etc. before anything was really set in stone.

Once we were satisfied with the story and its content, we moved to developing the background, giving the animation its colour and sparkle, and worked tirelessly on bringing the character to life. The most difficult and time-consuming part of the process, and the one that either elevates the video to the next level or leaves it flat.

After all the tiniest details such as expression changes were added in, and the background score was incorporated into the fold, the video was finally ready. With Guster, there were a lot of elements such as the fluttering of a leaf and the arrival and departure of a frog in a blink-and-you’ll-miss-it moment that needed to go in at this juncture. 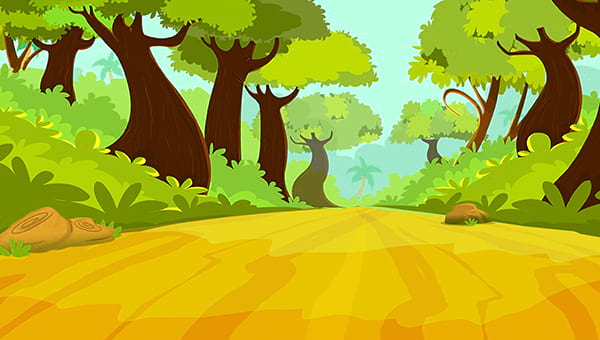 Guster was a very exciting project for the animation team and we sunk our teeth into the project fully. With the script being the blueprint of the project, our preproduction team created lovable characters and environments, while our animation team brought Guster to life by deploying Adobe Flash and After Effects. 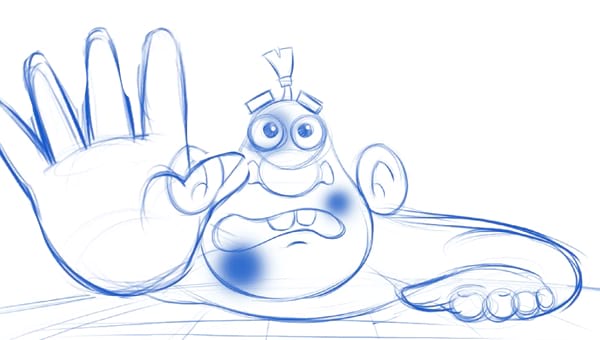 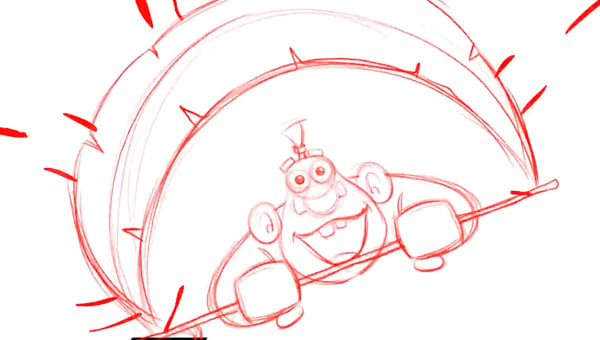 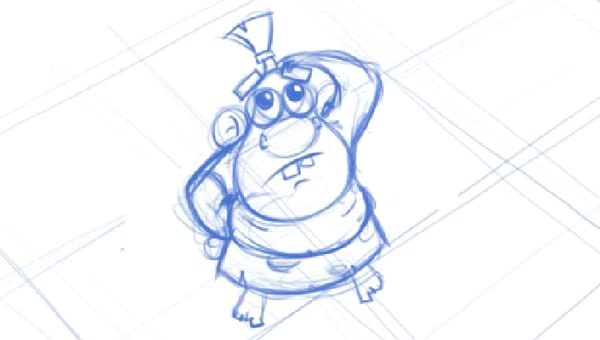 The result of all these steps, and all the effort we put in, was a delightful little animation that is light and easy to digest, extremely easy on the eye, and yet one that has a strong underlying message. The result, is Guster. 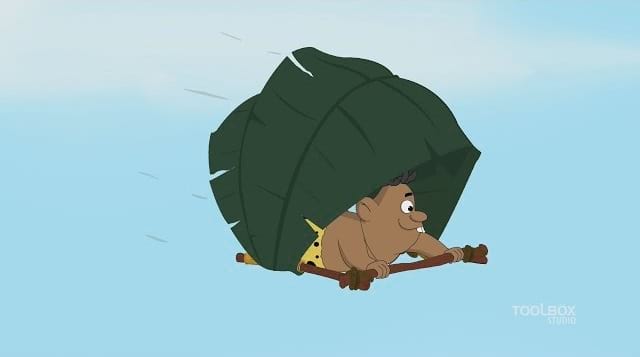